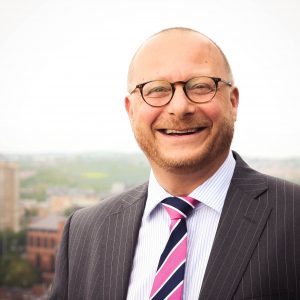 Earlier this year, plans were put forward for a £200 million scheme to regenerate Becketwell – an area of Derby city centre that is long overdue for investment. With a decision likely to come in the next few months, Business Live’s Robin Johnson caught up with Paul Morris, director of St James Securities, which is driving the project forward.

Today, Derby has many new buildings and areas of successful regeneration that the city can be proud of.

However, if you are ever taking a stranger around the city centre for the first time, an area that you will currently avoid taking them is Becketwell.

For many years now, this part of Derby, which once had the Duckworth Square shopping arcade and car park at its heart, has been a wasteland.

A number of different proposals for the vacant land, varying in ambition, have come and gone. But now, it finally looks like Becketwell is on the brink of a breakthrough.

Earlier this year, an outline planning application was lodged with Derby City Council by Leeds-based developer St James Securities for the £200 million regeneration of Becketwell. 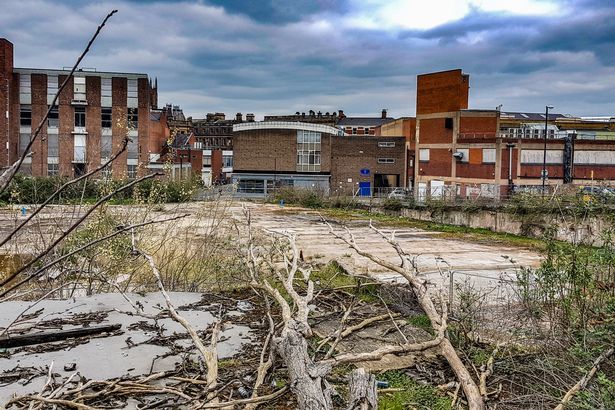 Built over a number of phases, this ambitious scheme involves building hundreds of new apartments, as well as Grade A office space, retail units and leisure facilities.

As well as the land where Duckworth Square once stood, the development site also encompasses the former Debenhams store in Victoria Street, which is currently being demolish, and other buildings such as the Central United Reformed Church, the former Pennine Hotel, an NCP Car Park and Laurie House in Colyear Street.

According to Paul Morris, director at St James Securities, which is an owner-managed commercial property development company based in Leeds, if given the go-ahead, work on the site could start in 2020. 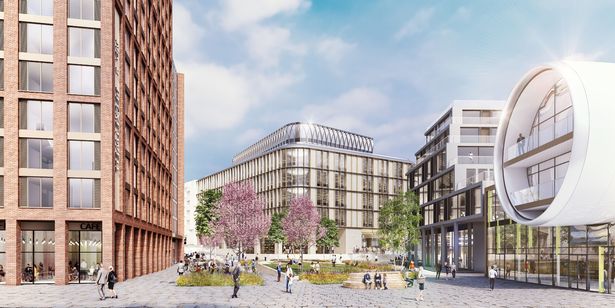 The firm already has a track record of delivering ambitious developments across the North of England, including St Paul’s Place in Sheffield and the award-winning Round Foundry in Leeds. Now, the firm is hoping to do the same in Derby with Becketwell.

But who are St James Securities and what are the chances of them delivering this scheme on a site where numerous other proposals, from a health centre to an ice rink, have failed to get off the ground?

“We first became involved in the Becketwell scheme in early 2017, just after Derby City Council had purchased the Debenhams site on Victoria Street from Intu,” explained Mr Morris, who is a chartered surveyor with more than 30 years’ experience in the commercial property sector.

“We had already worked with Russell Rigby from Rigby & Co on a previous development in Derbyshire. He firmly believed in the untapped potential of Derby city centre and encouraged us to come down and take a look.

“We spent a full day in the city centre with Russell and began to understand the full potential of the Becketwell area. This was at the time when Derby City Council had plans to develop an ice rink on the Duckworth Square site.

“We returned to Leeds and discussed the Becketwell area in detail. We came to the conclusion that to look at the former Debenhams site in isolation would not do the city justice. There was clearly potential for a much bigger transformational offer which would achieve a full regeneration of the area.

“As a result, we started to look more widely and consider the potential of the Duckworth Square area and worked with our design team to formulate a vision and masterplan.

Debenhams store and a new public square on the site of the current Central United Reformed Church.

The residential development will comprise of two buildings, the tallest of which will extend up to 19 storeys in height. This building will contain 246 apartments over a ground floor cafe and restaurant overlooking the new square.

The smaller building will house 96 apartments with a convenience store at ground floor fronting Victoria Street.

The outline planning application is also supported by a request to include a range of other complementary uses of the site, including up to 25,000 sq metres of Grade A offices, innovation centre and leisure to complement the residential and a planned multi-storey car park, with a smaller courtyard public square called Summerhill Yard to reflect that part of the site’s historic street name.

Mr Morris said: “As schemes of this size goes, this project hasn’t really been a lengthy one. We have developed a number of schemes of this scale and they normally follow a similar time frame.

“Derby City Council has been instrumental in unlocking the potential of this key site. They had the forethought to acquire the Duckworth Square site and saw the opportunity to buy Debenhams and the Colyear Street sites.

“One of the main reasons why the site has failed in the past is because of the previously fragmented ownerships.

“Derby City Council’s purchase of the Debenhams and Colyear Street sites has unlocked the final piece of the jigsaw which has made the whole scheme a lot more viable.

“St James Securities has now purchased some properties and options over others and our contracts with the council were exchanged in August and will complete once we secure a satisfactory planning consent.

“Clearly, the scheme still hinges on the Debenhams site – this site was always needed before any additional plans could be made.

“Sometimes it needs a third-party view to bring a vision to life. St James Securities has experience of coming into a new city and seeing things afresh. We have been able to give an ‘out-of-Derby’ perspective to this project.”

Since the plans were submitted, the scheme has had some detractors, particularly in the form of the Derby Civic Society, which has raised concerns over the height of some of the proposed buildings.

However, many businesses and business leaders have come out and pledged their support for the scheme, including Marketing Derby and the D2N2 LEP.

Mr Morris said: “The reaction to date from neighbours, local businesses, the city’s key stakeholders and the general public has been extremely heartening.

“A consultation event, which was staged at the Intu Derby shopping centre in March was extremely positive, with more than 95% positive responses to the scheme.

“Since then, Derby City Council has been welcoming comments on its planning portal. To date, more than twice as many letters of support have been received in favour of the revitalisation of an area which has long been derelict, attracting crime and anti-social behaviour.

“We acknowledged from the very beginning that the Derby Civic Society and those with an interest in conservation matters would show considerable interest in what we are putting forward.

“We have listened to what they have said and respect their viewpoint, but we won’t always agree.

“When you attempt to bring such a transformational scheme together, sometimes you need to shift perceptions; you need to create something of scale and unfortunately you can’t always do this with a light touch.

“We are always aware of the huge burden of responsibility we have to the public and their city to make sure what we deliver both respects conservation areas and the historic buildings, but does truly transform an area which ultimately makes a positive contribution to the lives of the people of Derby. 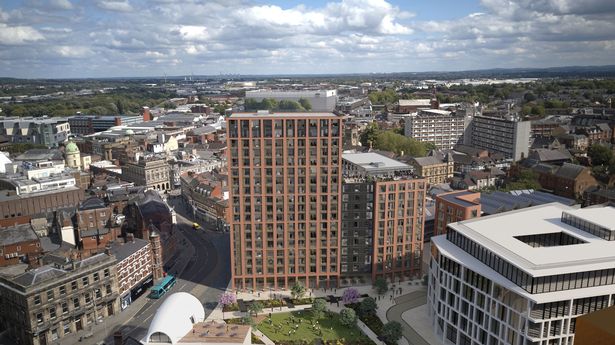 “We have already addressed concerns by amending the height of the building from Victoria Street and moving the lift housing on the roof to introduce a brand-new view of the Cathedral.”

Of course, such a large scheme requires plenty of investment – and St James Securities is in the process of putting the financial package together. However, a factor to add into the mix is Brexit.

“I would be lying if I didn’t say that Brexit is currently playing a part in every investment decision in every city in the UK at present,” said Mr Morris.

“The sooner there is a resolution, one way or another, it will provide clarity for all. Notwithstanding this, we are confident about securing funding and are currently in discussions with a number of funders.”

Mr Morris believes that Becketwell represents a sound investment – and believes that once built, the benefits will be felt across the city.

He said: “The mixed-used approach makes the whole scheme sustainable and we hope it will turn around the fortunes of the surrounding area and the wider city centre.

“The success of the Intu Derby shopping centre has changed where people shop and shifted the city centre to the west, to the detriment of this side of the city centre.